Epidemiology and Transmission of Residual Malaria in Thailand

The world is trying to eradicate Malaria. Countries in Asia pacific aims to eliminate malaria from the region by 2030. A key challenge to achieve this aim is the remaining large number of asymptomatic carriers, local endemic residents who are infected by malaria parasites but do not suffer acute malaria symptoms. Unaware of their silent infection, most people do not seek anti-malarial treatment and become the source of parasites that can be transmitted to others including naïve travellers. Understanding the behavioral and demographic factors that underlie asymptomatic malaria infection will help policy makers identify individuals under high risks for proper intervention.

Over the past several years, we have been conducting malaria mass blood and vector surveys in several hot-spot areas along the Thai-Myanmar border. Our field sites run from villages of northern Tak province to rubber plantations in southern Ranong province. Both cross-sectional and cohort study designs are used to precisely track malaria infections in human and their evolution over time. Mosquito captures are used to understand the seasonal dynamics of mosquito population as well as to identify the major malaria vectors in the study areas. These studies are also conducted in association with questionnaires developed to extract help identify groups of people who are under highest risk of malaria infection and to determine the effectiveness of interventions currently used in the country such as bednets and indoor residual sprays.

We have found that the vast majority of all malaria infection in the endemic area is asymptomatic and that P. vivax has undoubtedly become the most common parasite in Thailand. Anopheles minimus and Anopheles maculatus are the main malaria vectors. The wealth of data that we have accumulated over the past decade have helped us determine the hot spots of malaria infections and identified people who are most likely the silent parasite carriers. Whereas ethnic differences exist across our study populations, the major risks factors identified are constant. Importantly, we found strong association between indoor residual spraying with a reduction of malaria infection. We thus fully support the continuation of this intervention in the national malaria program. 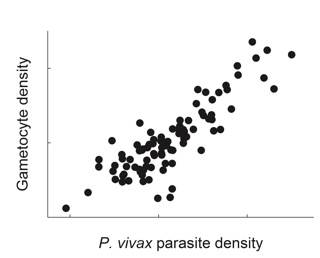 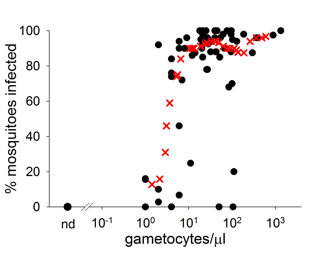